Last week, Hot August Nights returned to the Reno/Sparks area in northern Nevada. The event, originally founded more than 30 years ago in 1986, was intended to celebrate classic cars and mid-twentieth-century nostalgia. Conveniently, the festival also helped fill an August void in tourism in the Northern Nevada region. The weekend includes live concerts and a car parade that allows participants to show off their classic vehicles. Locals and tourists alike flock to the gathering each year to share in the fun and “Ooh” and “Aah” over all the beautifully maintained vintage autos. [1]

This year, Hot August Nights officially kicked off on Monday with two launch parties: one at the Peppermill Resort Spa Casino (including specialty cars on display and a free outdoor movie) and the other at the Atlantis Casino Resort Spa (featuring a crafts fair, kid-friendly contests, and a “cruise of champions”). This year, about 6,000 cars were registered for the event, and organizers expected that the festival will bring around 300,000 tourists to the area. Researchers at the University of Nevada, Reno estimate that the event brings more than $80 million into the local economy each year, making it an incredibly important event to the local economy. [2]

While Hot August Nights is incredibly popular today, it hasn’t always been the family-friendly event that Reno locals know and love. In 1998, the final night of Hot August Nights was marked not by a parade of classic vehicles but by a riot. A number of drunk spectators who had been attending the festival approached a car paused at the intersection of Second and Sierra and pulled the keys out of the ignition. They threw the keys into the crowd and proceeded to rock the car violently enough that they flipped it over. Several women were trapped inside, and police had to help them out. But as the officers rushed to help, the crowd became hostile toward the officers. Several more cars were shaken, and bottles were thrown at the responding officers. Eventually, dogs and tear gas had to be used to disperse the unruly crowd. [3]

The incident was eventually quelled, but it resulted in over 200 arrests. These arrests then led, in turn, to a formal inquiry on racial profiling. Studies concluded that police did not arrest based on race but rather that there was a large number of minorities present at the event. (Whether this conclusion still rings true 30-some years later is a question our readers will have to resolve for themselves…) In response to this incident, police have begun limiting alcohol sales and they have had a large police presence at subsequent festivals. [4]

While alcohol sales are now limited at this annual event, it is still a celebrated social gathering that brings a large number of impaired individuals out to the streets. Any event with a large number of pedestrians on the streets comes with a risk of traffic accidents, and that risk only increases with the wide and growing availability of drugs and alcohol. In 2016 nearly 6,000 pedestrians were killed by cars in the United States. Almost half of the car crashes that resulted in a pedestrian death involved alcohol consumption, either by the driver or the pedestrian. In roughly one-third of these pedestrian deaths, the alcohol consumer was the pedestrian killed. [5] Perhaps contrary to what one would think, it is not simply the impairment of drivers that poses a risk of deadly vehicle accidents; pedestrians who are too impaired to exercise due care can also imperil themselves even when drivers are sober and cautious.

According to Zero Fatalities NV, roughly 100 Nevadans died in pedestrian crashes last year. Nevada has two large urban areas (Las Vegas and the Reno/Sparks area) that welcome countless pedestrians to the streets. Sadly, the numbers of these car-on-pedestrian accidents are only increasing. In 2010 only 41 pedestrians were killed on Nevada’s roads. By 2017 that number had more than doubled. [6] 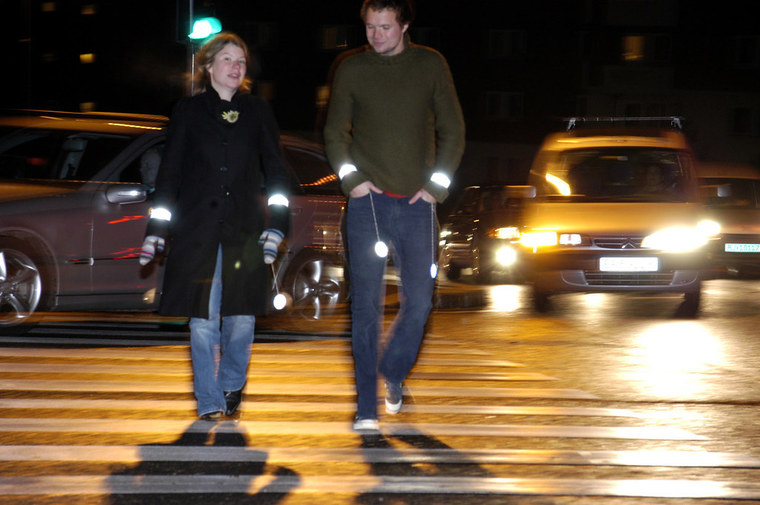 However, there are many steps you can take to keep yourself and others safe while walking on Nevada sidewalks. Never cross a street mid-block or between intersections, and do not cross an intersection diagonally unless you are specifically invited to do so. Pedestrians are much safer when they cross at intersections and marked crosswalks, and the majority of pedestrian fatalities occur between intersections. Even when crossing in a marked crosswalk, look for cars before you enter the roadway. (Remember the old primary-school lesson of Look Left, Look Right, Look Left Again, Cross?) Be certain that drivers see you before you being to cross, making eye contact if possible. Even after you begin to cross a road, continue looking for oncoming traffic. When interpreting pedestrian signals, keep in mind that a walking person means you may enter the intersection to cross. A flashing hand indicates that, while you may continue across the road if you have already entered the crosswalk, you should not enter the crosswalk from the sidewalk. A steady hand means that you should not enter the intersection, as you may encounter oncoming traffic. [7]